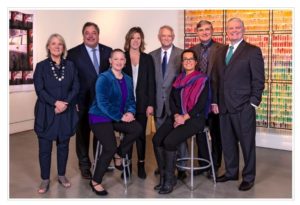 The city council wants to have specific guidelines for supportive housing in residential neighborhoods.

Wednesday night the Everett City Council voted unanimously to maintain a ban on any new supportive housing projects in single family zones while asking the planning commission to consider the impacts of how supportive housing fits into residential neighborhoods. (City Council member Jeff Moore recused himself from the issue as he is employed by the Everett School District who had a project that led to the council action)

A packed city council chambers hosted people on both sides of the moratorium, those who wanted it repealed immediately and others who wanted it maintained. The council said they wanted to view the issue as it applied to the entire city while many of the speakers were focused on a plan by Housing Hope to build supportive housing for students experiencing homelessness and their families at a vacant lot owned by the Everett School District south of Sequoia High School.

The most common thread, people were in favor of supportive housing. The biggest difference was in those who wanted it anywhere as soon as possible in any neighborhood and those who said single family neighborhoods in Everett needed to have protection from multi-family projects that didn’t provide adequate infrastructure, traffic mitigation and other considerations.

One other theme brought up by many was the need for the process of siting any housing to be very public. One of the city council members noted the lack of any public outreach by either Housing Hope or the Everett School District to neighbors or city council prior to the approval by the school board of an agreement between the two on a project that spurred the moratorium.

Many speakers brought up the idea of using the Longfellow Building for that particular project in order to maintain momentum as the one project is a small portion of the need for housing for families with school-age kids.

Now it will be up to the planning commission to present options back to the city council for how supportive housing may work in single family residential neighborhoods. In areas where multi-family housing is already allowed little change is expected.